In a previous blog post, our Data Science team described how we use a Random Forest algorithm to achieve an optimal combination of model and system performance in building an automated machine learning pipeline that refreshes daily. We are able to use the refreshed models to fight fraudsters who commit collusion fraud, perform credit card testing using stolen cards, or take over accounts.

As our data grows, we need to retrain the models faster while consuming fewer resources. We also want to refresh the models more frequently, so as to make use of newly detected fraud patterns to fight more complex attacks.

WePay started off by using a single server node to handle the entire workflow as described in the figure 1:

This approach has several drawbacks:

The new approach shuffles, improves and merges several steps of the retraining to achieve expected goals:

With the new approach tested in various environments, we are able to reduce overall processing time by over 70% for the entire data processing and machine learning pipeline. It eliminates the performance bottlenecks and single point of failure in the old approach, and distributes computing loads to various Cloud based services including BigQuery, Cloud Storage and Airflow. All of this is easily managed through the Airflow UI console.

The lift on business value is also obvious, as we are able to retrain various machine learning models much faster and in parallel, this will make our fraud detection and risk management service react much faster to changing fraud patterns. 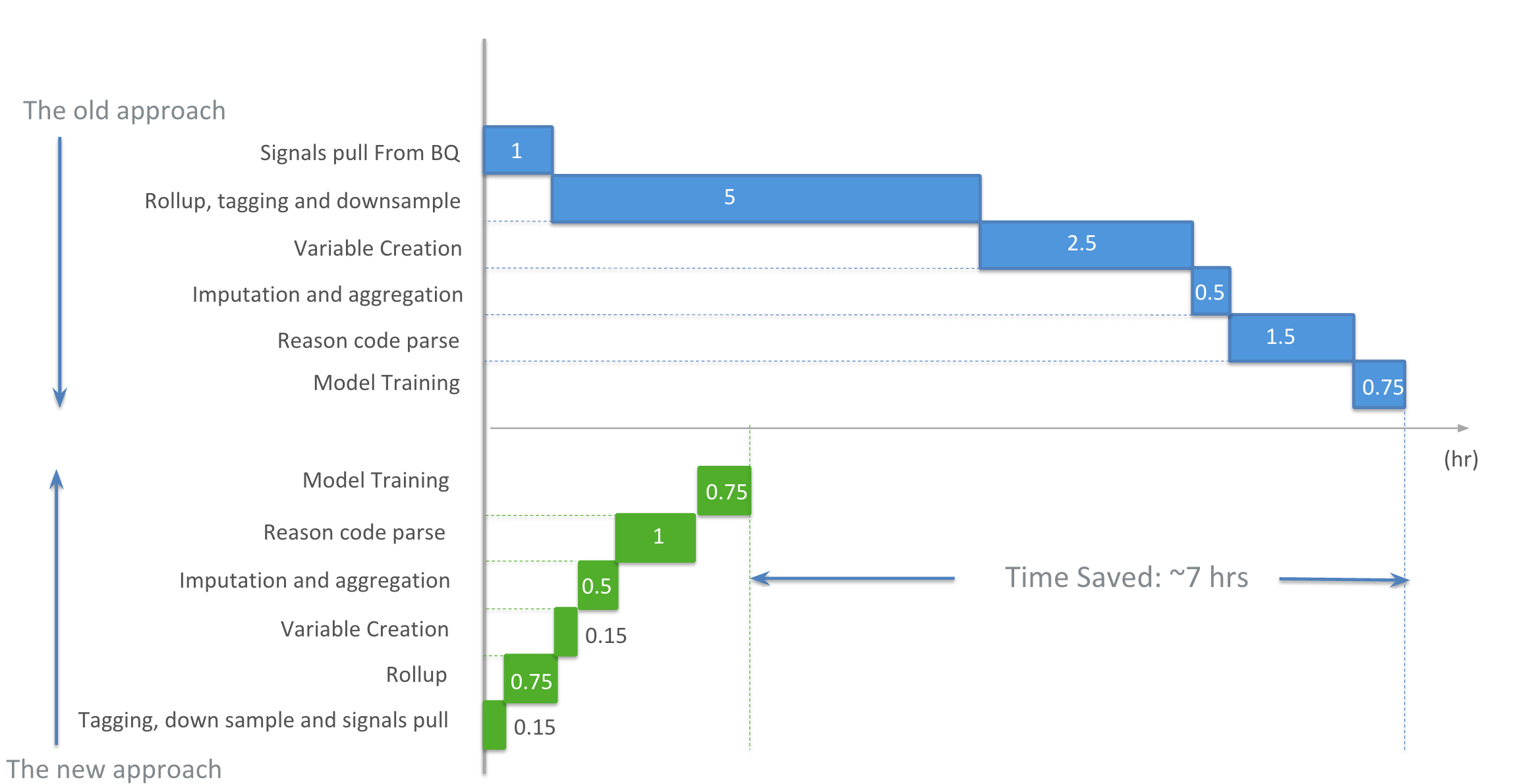 Thanks to the guidance and technical direction from my mentors in the Risk team: Matthew Chen and Yaqi Tao, and my manager Shyam Maddali

At the time of writing, I am a graduate student of University of Southern California, where I am pursuing a degree of M.S. in Computer Science. As a member of the risk engineering team at WePay, my internship project was to automate machine learning models retraining.